Did Douglas Adams get the idea from Don Cupitt?

I've been reading Don Cupitt lately. For a lot of it, that really means I've been looking at the words in sequence rather than actually reading it. It's been very good for some things actually. Very thought provoking. Currently, I'm reading The Leap of Reason. Here is a page from it. 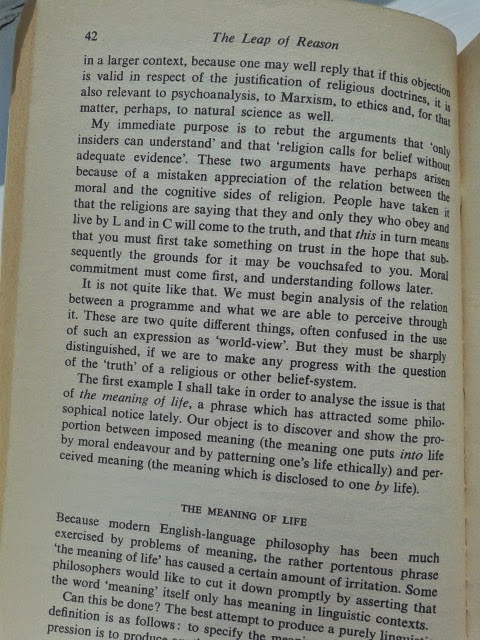 Note the section heading at the bottom "The Meaning Of Life". Now note the page number.

Update 5th August to include another curious coincidence. My attention has been drawn to Douglas Adams' creation Oolon Colluphid, author of such works as  "Where God Went Wrong", "Some More of God's Greatest Mistakes" and "Who is this God Person Anyway?"  While a lot of people think Adams had Richard Dawkins in mind, Cupitt apparently says in  "The Great Questions of Life" that he, Cupitt, was the inspiration for the character. Hat tip to Chris Griffiths for that one.
Posted by Rob Parsons at 09:02